You are here: Home / Communication / News / The collapse of the bridge in Aulla (Italy) highlights the importance of... 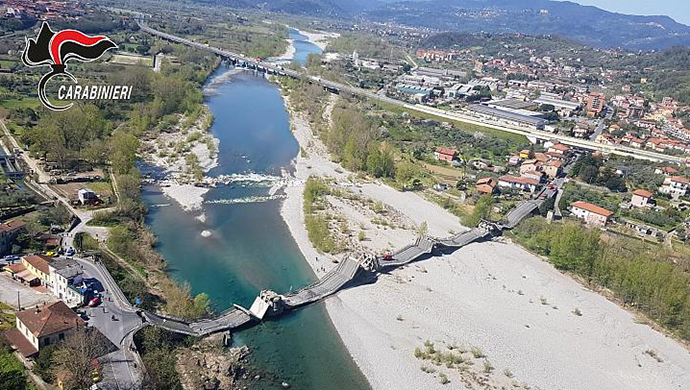 The collapse of the bridge in Aulla (Italy), where only one person was injured due to the lockdown conditions, highlights the importance of the protection of structures.

The bridge broken into several sections and fell onto the banks of the river Magra, according to the damage report.

According to official sources, the structure “collapsed on itself” and damaged a gas pipeline.

The structure at Albiano Magra is approximately 400 metres long and 7-8 metres high, and is located right on the border of Liguria and Tuscany, in the province of Massa Carrara.

According to international media news, the bridge had last been inspected on 3 November, after a crack was noticed on the surface asphalt following heavy rain but the owner (ANAS) indicated that there  were no “dangerous conditions”.

The Italian authorities have requested an report from the company ANAS, following the collapse.

Albiano Magra is located just over 100km away from Genova, where 43 people were killed in the Morandi viaduct collapse in August 2018.